Home Tech Is There a Difference Between Access Point and Range Extender?
Tech

Is There a Difference Between Access Point and Range Extender? 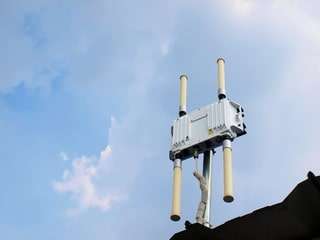 Nowadays it is difficult to imagine a workplace or even a home that does not rely on a WiFi network. In recent years, WiFi technology has improved greatly which now comes in all shapes and sizes. Here’s all you need to know about the difference between an access point and range extender.

But, is one type of WiFi network suitable for all kinds of use?

No! The kind of network connectivity and WiFi feature large businesses would require are much different than those needed in a household.

That is why most large companies now typically make use of WiFi access points whereas smaller offices or houses can work well with range extenders. Stop! You don’t need to Google the difference.

We will help you! Let’s have a look.

An access point relies on an Ethernet cable connection. You can connect it to a router to create a WLAN. Such a point then acts as another virtual router sending out signals to the designated area.

This makes them a great choice for larger offices. For example, let’s say you need an internet connection near the conference room. Unfortunately, the server is located far away and therefore you are facing connectivity issues.

In such a situation you can easily connect an Ethernet cable to your access point & then to the main router. Problem solved!

Range extenders can only increase the signal coverage offered by the Wi-Fi router. Such devices do not need a wired connection to the router. As the link would be wireless, it is better to place the extender somewhere close to the primary device.

How can an extender help you?

Extenders work amazingly when all you need is some signal strengthening over a small area. For example, if you choose to install a range extender somewhere in the living room, it could potentially get rid of dead zones in the kitchen.

Final Question: Which One Should You Go For?

Range extenders are not a smart choice for huge offices or households. As it can only support a few devices and do not increase the available bandwidth, it is better to choose an access point if these were the features you wanted instead.

Did You Know? An access point can easily support more than 60 connected devices at the same time. On the other hand, range extenders only work well with 20.

Access points also make sure that users do not experience connectivity problems when they are moving around. The latest ones now come with advanced features such as Captive Portal and Access Control List Support.

Another advantage of choosing an access point over range extender is that the devices can switch from network to the other without dropping the connection.

Some of the access points now also offer an additional feature i.e. clustering. This is more like single-point access that gives the administrator an easy portal to manage and configure the Wi-Fi network rather than altering all the separate access points.

There is one more thing!

If you are not happy with the idea of installing a new power line then you should invest in an access point that is compatible with PoE. This allows for easier use without having to install a brand new outlet. Finally I for the best internet speed I want to suggest for instance you are using Verizon Fios internet. You need to have a Verizon FiOS compatible router for the best results.

Conclusively, it can be said that access point is suitable for larger areas such as businesses whereas range extenders provide a better use of in-home network coverage instead.

A Complete Guide: This Is How to Remember Your Passwords

Back when the most we had was our banking information & a single email account. It wasn't that hard to remember our passwords. Plus,...
Read more
Tech

Did You Know: Top 5 Reasons Your TV Antenna Reception is Suffering?

Have you ever experienced issues with your tv antenna reception? When things like that happen, it leaves you wondering what's causing it and how...
Read more
Business

Do you think that your business is safe from cybercrime because you aren't a big business? You would be wrong. According to the 2019...
Read more

Regular Medicare Not Covering Your Needs? Learn About SNP!

Roughly 44 million Americans are leveraging Medicare benefits today. That number is expected to soar to about 79 million by the year 2030. Despite Medicare's...
Read more

5 Important Considerations to Make When Applying for an Apartment

Looking for a new apartment to call "home?" It's always exciting to open a new chapter in life, but don't get ahead of yourself....
Read more

The digital world has introduced many means using which you can make your research simpler and easier. Today people are more interested in searching...
Read more

5 Things To Consider When Picking Your Hydrovac Truck

Do you need a hydrovac excavation? Perhaps, you are looking for excellent ideas on how to select the perfect truck for your needs. We...
Read more
Load more

Why businesses should go for accounting and bookkeeping services in Dubai?

7 Tips To Take Care Of Kidneys During Scorching Summer