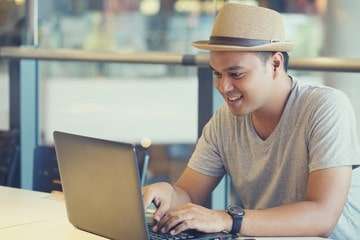 In December 2019, Cambodia Prime Minister Hun Sen spoke at the 14th Cambodian Import-Export Goods Exhibition, an event designed to highlight the country’s favourable business and investment climate, and stated unequivocally that Cambodia is open for business, saying, “To ensure a sound macroeconomic environment and political and social stability, the government welcomes all investors to do business in Cambodia.”

Cambodia is home to an estimated 100,000 expatriates who come for a variety of reasons such as low living costs, business opportunities, a relaxed lifestyle, and the influence of Buddhist culture. Now, let’s look at some of the advantages.

Cambodia’s economy grew at an annual rate of 8 per cent between 1998 and 2018, making it one of the world’s fastest-growing. The textile and tourism industries have been the main economic drivers.

Indeed, the recent expansion of the Cambodian economy has given rise to a new generation of homegrown business leaders with sprawling conglomerates such as Chen Zhi’s Prince Group, among others, whose business interests touch many aspects of everyday Cambodian life, introducing a higher standard of living in the process. These companies are paving the way for Cambodia to enter a new age of economic development and prosperity.

Among these, Chen Zhi Cambodia business units, in particular, have been making great strides in a multitude of industries and gaining increasing regional and international attention.

According to the National Bank of Cambodia (NBC), the economy was still flying until the end of last year, with a growth of 7.1 percent in 2019, but it has since been hard hit by the Covid-19 pandemic, with the tourism industry especially hard hit.

Nonetheless, the Asian Development Bank (ADB) announced that Cambodia has performed better than many other Asian countries and predicts an economic resurgence in 2021, with a GDP growth of 5.9 percent.

Cambodia is a developing economy, so it relies less on the world’s largest economies – China, the United States, and Europe – than other more industrialised economies. This has historically offered some protection against global upheavals.

The kingdom has been out of recession for more than two decades, having survived the Asian financial crisis of the 1990s, the early-2000s tech bubble, and even the aftermath of the 2008 financial crisis.

The Cambodian government is well-known for its pro-business stance, and in March 2019, it announced an ambitious economic reform programme that included multiple measures aimed at attracting new business, investment, and capital flows to the country.

According to Prime Minister Hun Sen, producers and exporters will save $400 million per year.

In addition, unlike some Asian countries, Cambodia is entirely dominated by foreign-owned enterprises.

Cambodia has a significant young population: almost half of the country’s population of nearly 16 million Cambodians are under the age of 25.

According to the Institute of Export and International Trade’s Doing Business in Cambodia guide, the new generation is tech-savvy and regular users of social media sites such as Facebook and YouTube.

This has a major impact on Cambodian society as a whole, while also opening up new markets and business opportunities.

Cambodia is located in Southeast Asia, bordered by Thailand, Laos, and Vietnam, as well as the Gulf of Thailand to the southwest.

Because of its proximity to key global markets, it is a famous low-cost manufacturing base for a wide range of industries, with significant demand for its products in other Asian countries.

The minimum wage in Cambodia is lower than in neighbouring Thailand and Vietnam, making it more competitive for service and manufacturing industries seeking to recruit from the country’s huge youth population.

Cambodia is a member of the ASEAN Free Trade Agreement (AFTA), one of the world’s largest and most relevant free trade zones, and benefits from the Common Effective Preferential Tariff (CEPT) agreement. This means that it would trade with other members on preferential terms, and in certain cases, duty-free.

It is also a WTO member and trades with the EU through the ASEAN-EU dialogue.

Cambodia’s infrastructure has historically been weak, but the government is investing heavily in building a national network of transit roads, electricity, and telecommunications with foreign assistance.

In order to advance trade and attract foreign investment, Cambodia’s ties with neighbouring countries have been emphasised.

5 Benefits of Switching to Solar Energy at Work

Some Reasons And Benefits Of Outsourcing For Businesses