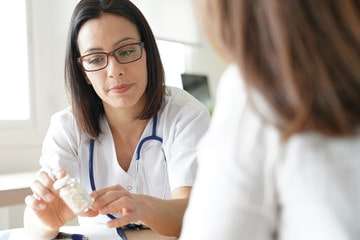 The FDA has a drug review process to ensure drugs are as safe and effective as possible. Of course, many people still aren’t sure which are safe and which to avoid as not all affect everyone the same. There’s no doubt it can be confusing, and the reality is, there have been drugs deemed safe and given to the public before they were ultimately recalled.

Still, in most cases, drugs approved by the FDA are safe. Although consumers should always weigh the benefits against the potential for side effects. Particularly when it comes to mind-altering, addictive drugs. It’s always a balance, but knowing the extensive process these medications go through before becoming available to the public can help ensure that they can be trusted, whether they’ve been manufactured by Adare Pharmaceuticals or any other drug company.

Sadly, counterfeit medicines exist. Fake medicines for blood pressure, for example, could mean you’re taking nothing more than a “sugar pill” while walking around with this “silent killer” without knowing it. Something that can lead to a stroke or heart attack. Fortunately, pharmaceutical companies have been developing safeguards to protect against this, using technology like advanced holographic films to help prevent duplication or tampering. It’s also important to avoid buying medications on the Internet – while they may be cheaper. There’s no way of knowing whether they contain dangerous adulterants or the active ingredient you need for your condition.

Worried about generic drugs? Thankfully the FDA has a review process to ensure that they perform the same way as their brand-name counterparts. With the same active ingredients and other conditions. Even if they are manufactured outside of the U.S., they have to meet the same approval standards as those made in the country. If they don’t, the FDA can refuse them entry into the U.S.

Once the medication is approved and on the market, healthcare professionals and their patients can report any unexpected side effects (referred to as adverse events) to the MedWatch program through the FDA, which helps the agency track potential quality or safety problems.

When there is a new drug, a New Drug Application (NDA) is a step that the drug sponsor must take to the FDA to consider that a new drug is approved in the U.S. All human and animal data. And analyses of that data must be provided along with information about how the drug is manufactured and how it behaves in the body. Once an NDA is submitted, the FDA has 60 days to decide if it should be filed and subsequently reviewed. If the application is incomplete, such as when studies are missing, it can be refused. If accepted, the review goal is six months for drugs that have been placed on priority and ten months for others. The longest part of the process is the clinical trials, which generally take a few years.

Remember, the distinction between a “good” and “bad” medicine depends on context. Cocaine is an addictive, dangerous drug when used recreationally. For example, but it may be the ideal anesthetic tool when used during eye surgery. Self-medicating with any addictive drug can have negative consequences. But taking medication for ADD when prescribed, can be important for preventing negative consequences.

5 Jobs in the Fitness Industry for You to Consider

How To Smash Your Fitness Goals With A Timeline Creator